Tom Fazio and William McKee create an anomaly in the era of golf development at this perfect mountain golf club in the idyllic landscape of western North Carolina.

The year was 1984 and golf courses were sprouting up all over the country as vehicles to sell real estate. But in the tiny village of Cashiers in western North Carolina, the McKee family with the help of Tom Fazio were embarking on quite a different journey, one that would result in the top-ranked mountain golf course in the world and a one-of-a-kind balance of golf, development, people, and environment. 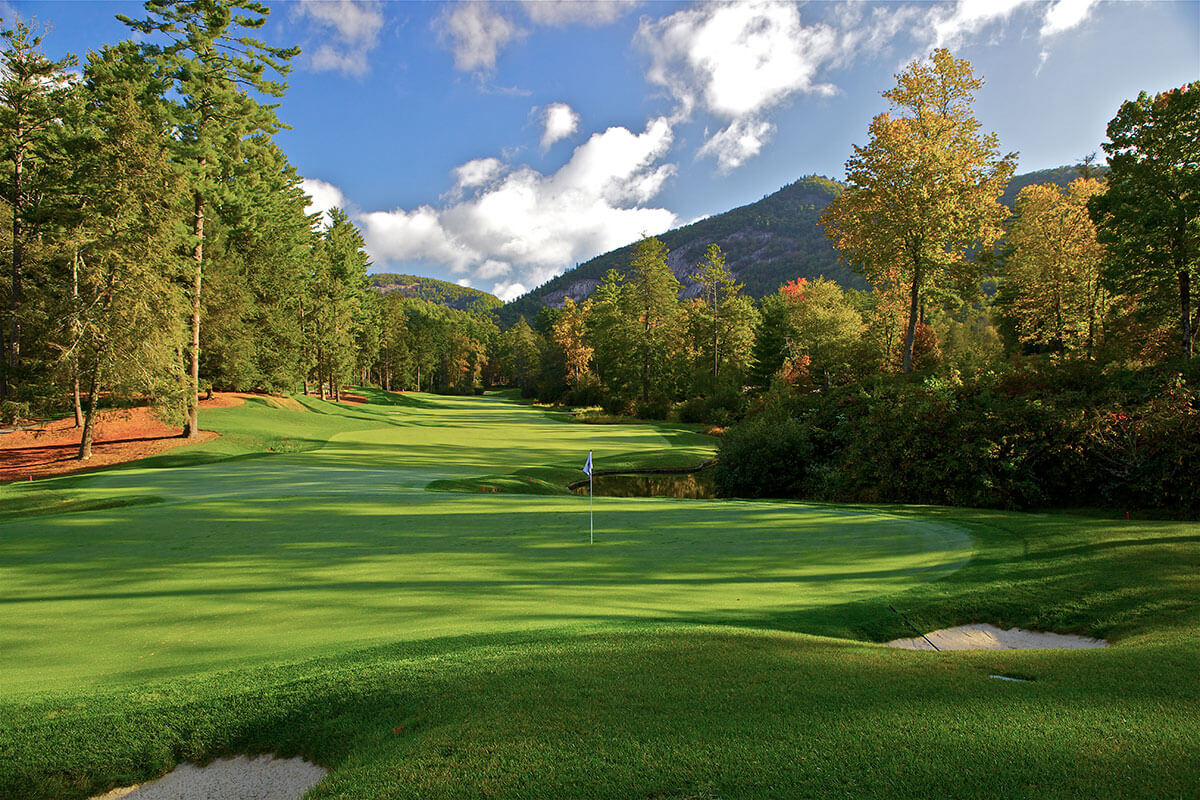 “Our goal with Wade Hampton was to build a world-class golf club within a gated residential community,” said William McKee, president of McKee Development and the man behind the initial vision. At the time, there were few communities, if any, that could make that claim. So we had to look at how the greatest golf clubs in the world worked and integrate [that] within a residential component.

“We knew we had a good site,” said McKee at the time, but finding an architect who appreciated the gentle contours and coves of the Carolina Mountains was of the utmost importance. His choice was Tom Fazio, now arguably one of the greatest architects of the modern era. At the time, Fazio had worked for his uncle George Fazio for 20 years and had been responsible for such designs as Butler National, Jupiter Hills, PGA National, The Vintage Club, and Wild Dunes, among others. As the story goes, McKee and his uncle Bill approached Fazio at the Masters in 1983 and told him they wanted to hire him to build the “greatest golf course in the world.”

“Talk about an attention-getter,” recalled Fazio. “I flew to Cashiers and liked the site. Of course, all of western North Carolina is magnificent. But while it’s nice to have a great site, the key ingredient is the client’s commitment to quality golf. I knew William was dedicated to building a world-class program even before I saw the property.” The site now boasts what The Top 100 Golf Courses of the World calls probably Tom Fazio’s greatest design achievement. 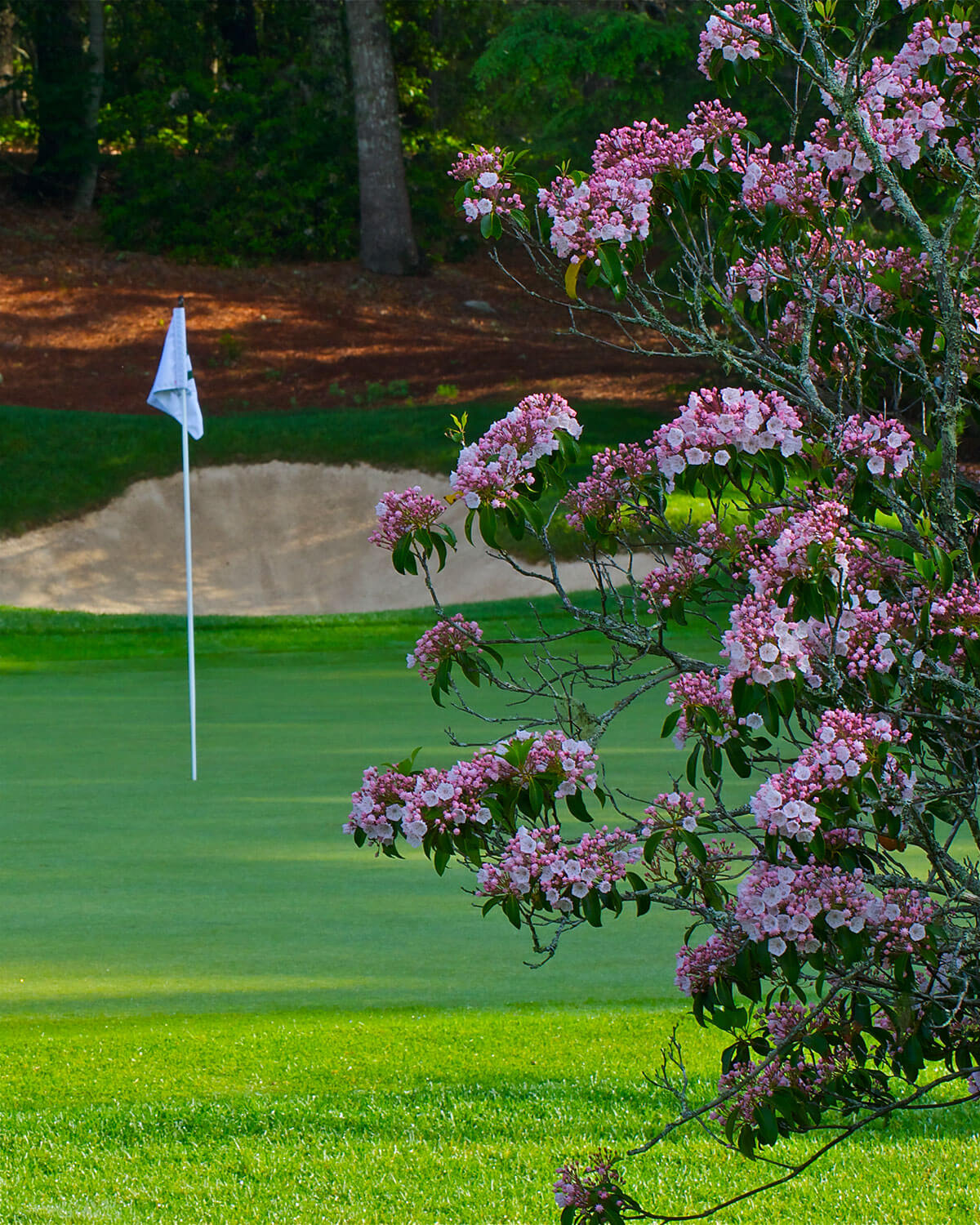 Wade Hampton was named the best new private course in America in 1987 and made its debut that year at No. 17 on the list of top 100 golf courses in the United States. It currently stands at No. 20, which is remarkable considering that only four golf courses built since it opened in 1987 have made it into the top 20. In addition, it was recently ranked as the second-best residential community golf course in the U.S. by Golfweek magazine.

What makes the course so special is the fact that it is not your typical mountain layout. In fact, most people refer to it as a course in the mountains rather than a mountain course because the layout actually sits in a valley with only 110 feet of elevation change. With no development on the inside of the golf course, Fazio was free, as he said, to lay out the course in the natural contours of the land.

The 7,218-yard, par-72 course mostly plays downhill to wide fairways banked by steep hillsides and large, slick greens with subtle undulations. Adding to the challenge are dynamic and strategically placed bunkers, crisscrossing streams, and centuries-old trees that one writer said gives Wade Hampton the look of a meandering golf course through a dense forest. But Fazio’s greatest achievement at Wade Hampton is its playability, as there are no blind shots, very few forced carries, and most of the water is down the left side since most golfers miss to the right.

“The course here is one of the best at delivering the right proportions for the right hole,” said Pete Mathews, director of golf at Wade Hampton. The long, big-shouldered par-fours tend to have generous greens and run-up space, while the shorter holes and the par-fives put an emphasis on distance control with tighter bunkering and smaller greens.

Every hole is important to the overall flow, but there are quite a few standouts: the 442-yard, par-four 9th features one of the few cross hazards and is backdropped by rhododendrons and mountain laurels with the clubhouse peaking through; the 564-yard, par-five 10th is a breathtaking dogleg right with an unforgettable tee shot against the backdrop of Chimney Top Mountain; the downhill 196-yard, par-three 17th ends on a green framed by two towering Canadian hemlocks; and the 555-yard, par-five 18th, a fantastic finish that rewards accuracy over power. 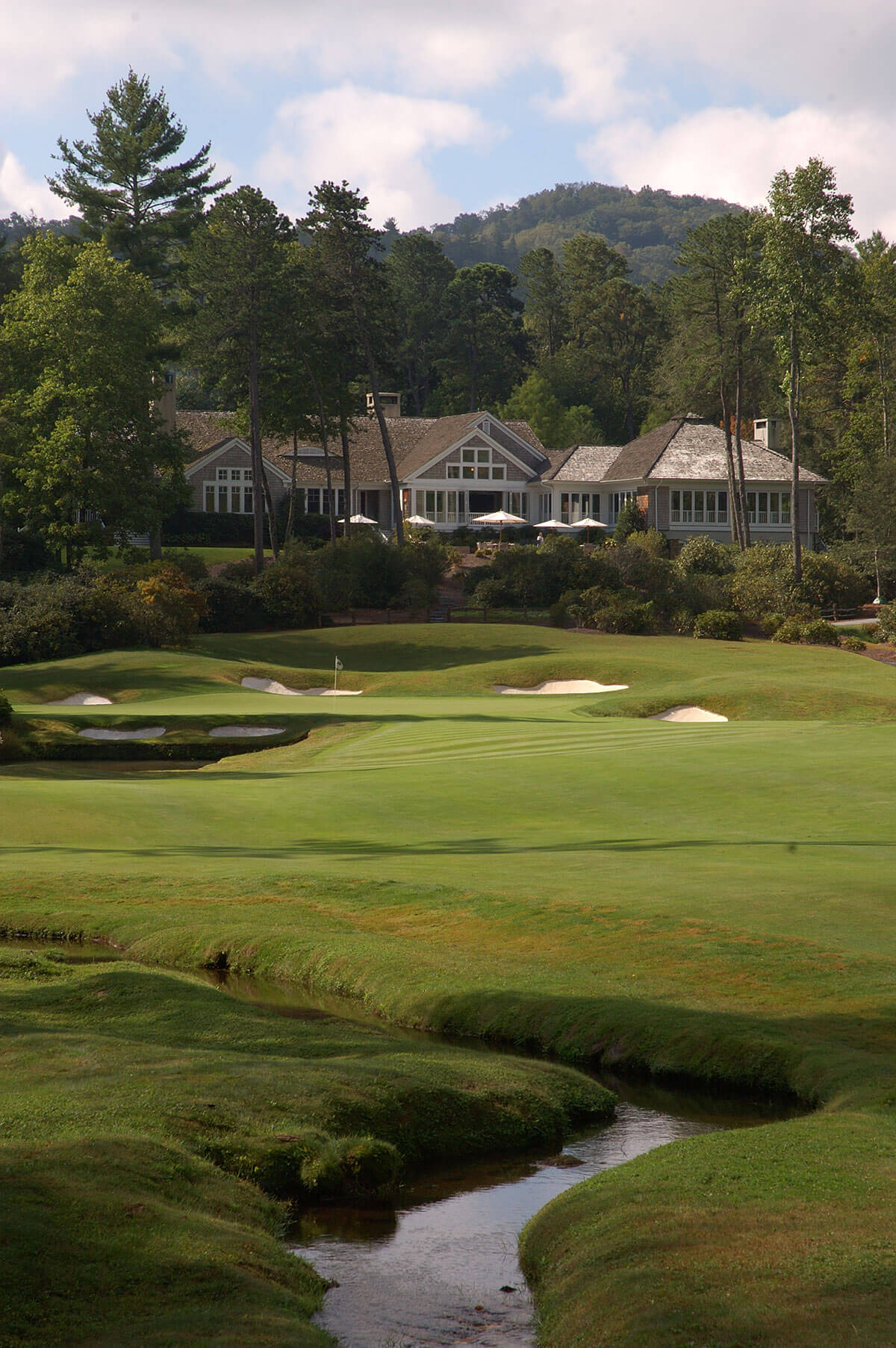 Since the golf course is the billboard for Wade Hampton, it can be easy to forget that there is a real estate component to the club, the homes seamlessly blending in with the landscape, so much so that sometimes it is hard to spot them. Unlike many developments built at the same time, Wade Hampton is a one-sided community, meaning that homesites were laid out on only one side of a hole in order to maximize the golf experience. In addition, rather than using topography maps, lots were created by walking the land and setting property lines where the best trees were so they could not be removed.

The result is an understated and inconspicuous community that goes to great lengths to remain hidden so to not intrude on the golf. And that’s just fine for the members, who have come from all over the country to be part of McKee’s dream of the perfect mountain golf club, because they all share a great passion for the game of golf and the camaraderie that goes with it.

It certainly is easy to be passionate about Wade Hampton Golf Club. It features the top-ranked mountain course in the world; a community tucked into the landscape; architecture that blends in with its surroundings; a membership that functions more like a family; and a club that fosters camaraderie. Distinctly different from most clubs, the golf staff arranges most games, ensuring that the member always has a game and gets to know the other members. Similarly, at the Friday night gathering (the Club’s weekly member and guest get together) dinner seating is often arranged by the House Manager, also helping to keep the group mixed and ensure that members get to know one another.

Wade Hampton has truly earned its status as one of the world’s elite golf clubs because every component golf course, clubhouse, residential, and membership is strong. And surrounded by thousands of acres of national forest, it is also located just minutes from pristine lakes, countless waterfalls, hiking, a bevy of antique and boutique shops, and great restaurants with fresh local fare.