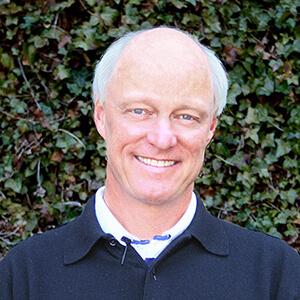 A. William McKee established McKee Properties in 1977 with the intention of creating a boutique real estate firm that would grow to meet the demands of the market, yet never outgrow the founding philosophy of meeting the individual concerns of each client while conserving what makes the Cashiers area special. By adhering to this philosophy, McKee Properties has grown to be the area’s leading broker of premier properties.

Through the years, William had the vision and foresight to develop many of Cashiers’ finest neighborhoods that would draw people from all over the southern United States and beyond. However, he was ever mindful of conserving what is so special about the Cashiers area and his developments reflect that; all respect the natural beauty of the land. William’s projects include, but are not limited to, Sheep Laurel at High Hampton, Chestnut Square, Cedar Creek Racquet Club, Headwaters Golf Club, Snowbird, Sassafras Ridge, Little Sheepcliff, and Arrowhead.

In partnership with his sister, Ann McKee Austin, William developed Wade Hampton Golf Club in Cashiers, North Carolina. The McKees enlisted Tom Fazio to design the course and in 1987 Golf Digest selected it as the “Best New Private Golf Course” in the country. Since then Golf Week has consistently ranked it among the Top 20 best American golf courses and the number one golf course in North Carolina.

William was born in Asheville, North Carolina, and grew up in and around Cashiers. He traveled extensively throughout the world, but Cashiers captured his heart; it is where he made his home. He gave back to the community through his many philanthropic endeavors. He founded, or helped found, many of Cashiers’ community projects such as the Hampton School, the Village Conservancy and its affiliates (The Village Green, McKinney Meadow, and The Village Council), Cashiers Historical Society, the Cashiers-Highlands Humane Society, The Mountain Challenge, Mountain Youth Charities, and most recently, the Boys & Girls Club of the Plateau. He was also involved with Friends of Panthertown, Tour de Cashiers bike race, Friends of Whiteside, and the Glenville-Cashiers Rescue Squad’s High Angle Team, a highly skilled specialty unit that rescues rock climbers in trouble.

An avid outdoorsman, William never met a mountain he didn’t want to climb. He loved to bike the Blue Ridge Parkway and could out-hike most people half his age. He was also an accomplished skier who loved the ultimate thrill of jumping out of a helicopter to ski the back country of the Canadian Rockies.

On October 25, 2014, William suffered a massive heart attack as he was going to meet friends for another bike ride. In that fateful moment, Cashiers lost its most ardent supporter and visionary; he will be sorely missed. We at McKee Properties are committed to keeping William’s legacy alive by following his philosophy of meeting your personal real estate concerns while keeping Cashiers the special place that William loved.