High in the Blue Ridge Mountains of North Carolina, the village of Cashiers makes a bucolic setting for secluded Wade Hampton Golf Club. Encircled by 28,000 acres of national forest and rising 3,486 feet above sea level, this area has retained the same natural beauty described by Thomas Wolfe in Look Homeward Angel. 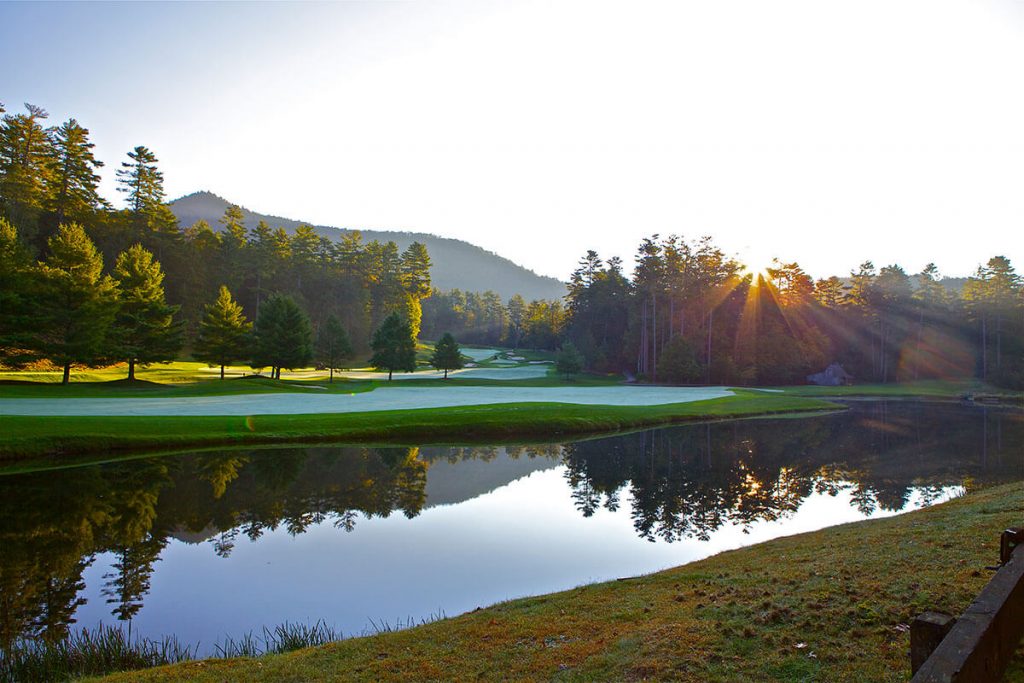 Cashiers has been a favorite vacation spot for generations. Southern families are attracted by the cool summers and dramatic views of these mountains. In the early days, fishing was said to be the main attraction; golf was just one of several sporting activities along with boating, riding, and tennis. Later the popularity of golf grew and many courses were built near Cashiers in the 1950s and 1960s. The area became widely known for the quality of its resort and retirement golf.

Limited to 300 homes, Wade Hampton’s carefully structured development plan assures that the integrity of golf is not compromised by residential development. Homes with golf course frontage are confined to the perimeter of the course. No hole has homes on both sides and many have no development at all. Since the course lies on the valley floor of a mountain, some of the most dramatic homesites are back away from the course on the surrounding ridges, with views of both the course and the mountain vistas beyond. Homesites range from .75 to 5 acres.

The clubhouse at Wade Hampton is unpretentious and understated in character. It serves as a rendezvous for post-golf activity and offers quality dining with a distinctive feeling of charm and mountain hospitality. McKee Properties offers several vacation rentals in the Wade Hampton Golf Club in addition to properties available for purchase.

The Wade Hampton Golf Course, designed by Tom Fazio and opened in 1987, is considered by many to be an example of a number of design elements that have dominated golf course architecture throughout the years—both strategic and penal, difficult and friendly, a balance of new ideas and old traditions. The course is probably most memorable for its variety and subtlety of design, combined with breathtaking mountain views, set among stands of giant hardwoods and pines. The shorter tees, known at Wade Hampton as The Chimney Top Course, measure 5,120 yards. The back tees, or The Fazio Course, measure 7,109 yards. Tees, fairways and greens are all bent grass. The course is very walkable and caddies are available. 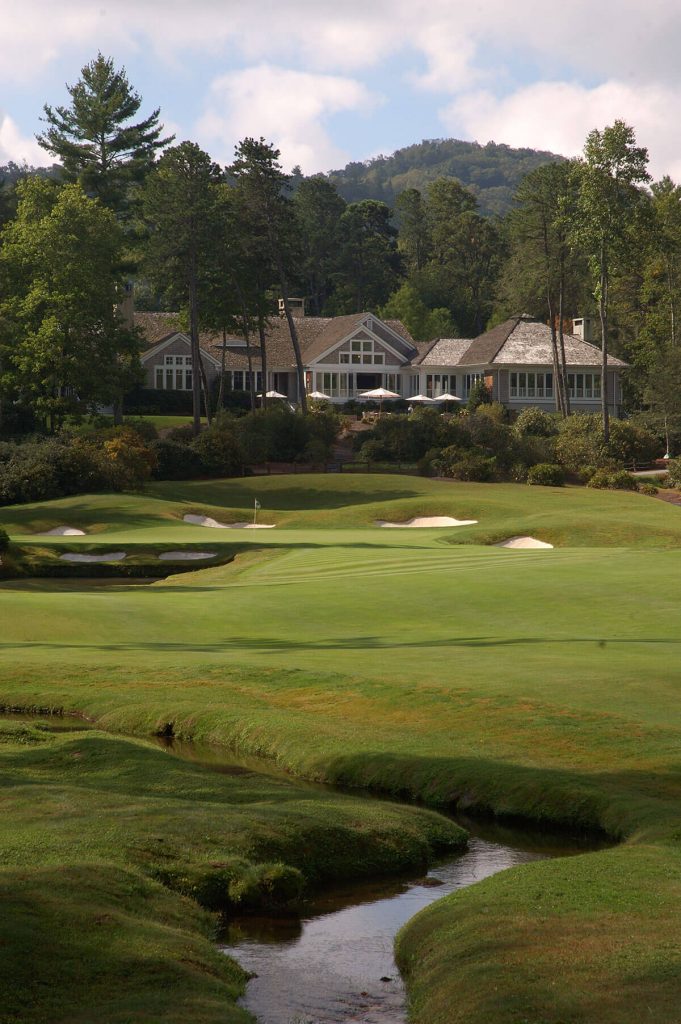 It continues to maintain a strong position in the Golf Digest Top 100 rankings, and is the top ranked mountain golf course in the world on Golf Magazine’s Top 100 list. It is widely recognized to be Tom Fazio’s masterpiece.

The setting for Wade Hampton has an interesting history. We know the Cherokee Indians spent time here, using the area for a summer hunting ground. Throughout the years arrowheads and other Indian relics have been found. For over 150 years the land was owned by the Hamptons of South Carolina. Wade Hampton III, the most famous family member and the one for whom the Club was named, played a significant role in nineteenth century Southern history. Known as “The Giant In Gray” of the Confederate army, Hampton also served as governor of South Carolina and U.S. Senator. Hampton spent his summers here as a young boy and returned to this mountain retreat throughout his long and colorful life.

In 1922 the Hampton estate was purchased by Sylva industrialist E. Lyndon McKee who converted it into a summer resort, High Hampton Inn. An agreement in 1984 among Mr. McKee’s heirs allowed his grand children to acquire the undeveloped portion of the property to build the Wade Hampton Golf Club.

The Wade Hampton Company is a corporation owned equally by A. William McKee of Cashiers and Ann McKee Austin of Cashiers, developed the Club in conjunction with McKee Properties. 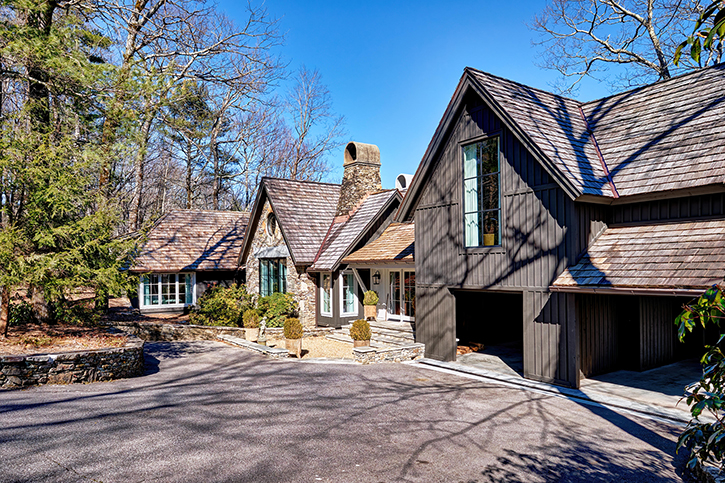 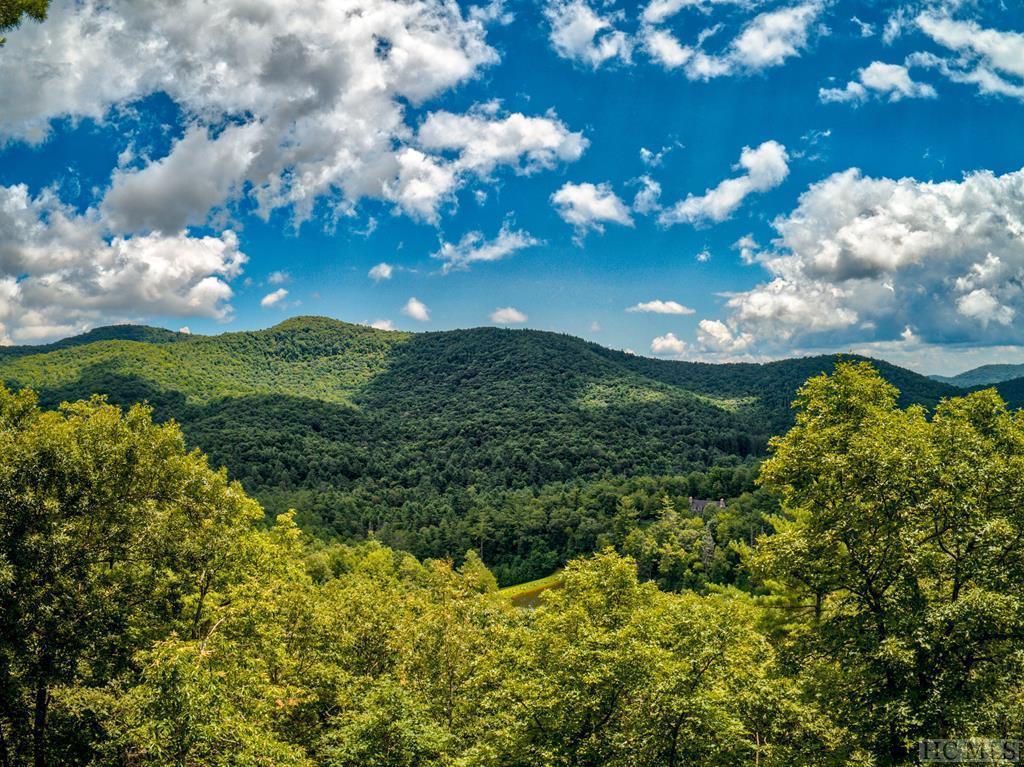